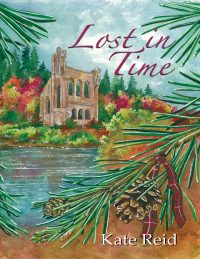 Elizabeth Robertson has grown up hearing the story of Ealasaid and Uilleam, and how that brave young man saved Ealasaid from certain death by using the stone circle near their village to send her forward in time. Elizabeth thought it nothing more than a fairy tale told by her grandmother, until one night, twenty years later, when a man who's been brutally beaten and stabbed, dies in her arms after giving her a message: the fairy tale is no tale, but a true story. Now, the same man responsible for the massacre of her family and village has come forward in time to reclaim her. Elizabeth must flee her home in Canada in search of a village in Scotland that exists only in history books, and a man who pledged to her father, two-hundred years in the past, to keep her safe. In a journey fraught with danger, Elizabeth comes face to face with her destiny and her anam chara. In order to win her highlander, Elizabeth must learn to believe in herself, for the price of failure is more than she's willing to pay.