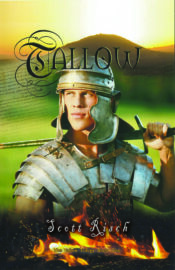 A Roman soldier observes Tallow defending a helpless dog against the bullying boys of the village. His fighting skills intrigue the soldier. The soldier reports on the boy to his superiors and they decide to take the boy to be a soldier in the summer after his 11th year. Tallow earns the respect of his comrades and his superiors as he grows up in the Roman army. After his first battle, Tallow enters into a "quest", spawned by a dying soldier's questions. Those questions lead Tallow in pursuit of a man who can answer them. The answers to these questions are more than Tallow wants to face. His quest ends when his pride surrenders to the man.