A Summer on the Farm 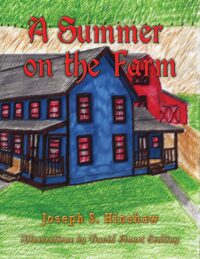 Things in small town America have their own pace. They pass from generation to generation. This could be a story from any one of several states or towns. In a lot of ways, it could have occurred in any of several decades on a family farm in America’s Bible belt. Things don’t change too fast on the farm and they are usually the last to embrace new things such as air conditioning and color television. This story could be of any of the thousands of family owned farms across this nation.